April 28, 2015 Interview about Forgiveness with Tiki and Tish on "Cross TALK" with Pastor Ken Duggin.

CrossTalk with Pastor Ken episode 5 from Dallas Bay on Vimeo. 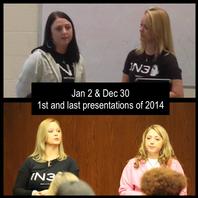 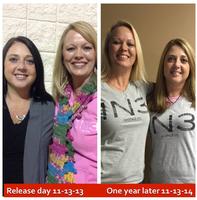 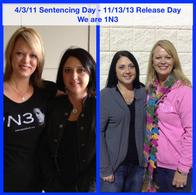 While this is my own personal story of a choice to FORGIVE, I hope to influence people who hear it to make the same choice. Together we can begin a Forgiveness Movement.

I want to start by saying forgiveness is the act of giving up both the resentment we have toward someone and the desire to retaliate. It is not a feeling, it is a CHOICE. One of my favorite quotes is, "Unforgiveness is choosing to lock yourself in a prison cell for someone else's crime". With that being said, this is my story.

I have been through my share of low points, and had many opportunities to choose to practice forgiveness in my life. There have been many people to be examples of the right thing to do, but nothing could adequately prepare me for the journey I started on July 31, 2011.

As we all sat in the hospital praying for Kevin's recovery, my oldest son, Derek, and I were discussing how we wanted to do something to keep other families from this horrific and senseless situation. I knew in order to make the biggest impact, then telling our story would need to not sound mad, angry, or finger-pointing. For me that meant forgiving Tish for the unforgivable...... killing Kevin.

This was not what I felt like doing. I wanted to do what most people do in the same situation. But I knew that it would only destroy me. I chose to not let anyone or anything to have that kind of control over my life. As difficult as it was I chose to be in control. In the beginning it was a second by second choice, then a minute by minute, hour by hour, until it became a day by day choice. I had no idea where my choice would take me, or who it would make me.

On March 29, 2012, eight months after Kevin was killed, my choice was put to the test. It's one thing to say, "I forgive her for what she did", it's a total different thing to say it face to face. Our family was given the opportunity to have a Restorative Justice meeting with Tish. We went to a private room at the courthouse, sat across from each other, and we shared how her actions had impacted our family. Afterwards she was able to respond. Tears flowed by everyone in the room as we talked. I was able to tell Tish I forgave her. Before we left I asked her if I could hug her. She agreed. We held each other and cried. That moment brought so much healing for both of us.

Four days later on April 3, 2012, the day after what would have been Kevin's 26th birthday, was sentencing day. We arrived at the Courthouse at 9:00AM and waiting for the judge to call our case. For two hours our family and Tish's family talked while we waited together. She gave us a statement on video to use for 1N3 and committed to be a part of 1N3 upon release. We agreed to write each other during her incarceration so we could form a relationship where we could work together.

After several letters back and forth during the next nineteen months, I went before the Parole Board and ask them to release Tish.  She came home November 13, 2013. Since her release, Tish has been by my side sharing our story. She has gone above and beyond what I ever could have expected.  And we are now friends and are a part of each others lives.

​FORGIVENESS IS FREEDOM!!!!! Join the Movement!!

To read my book, CHOICES, about our story order on AmazonSmile. 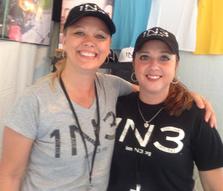 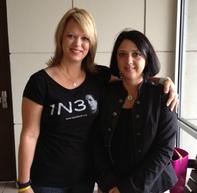 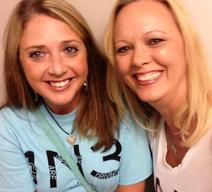