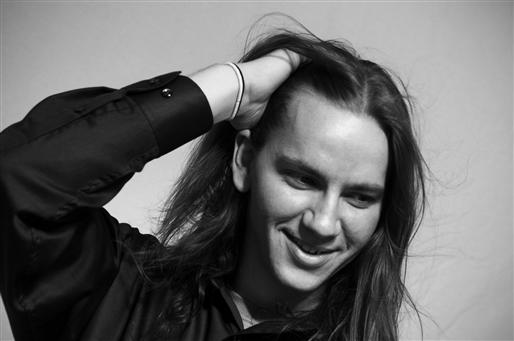 ​We want to hear your story. Have you or a loved one been affected by an impaired driving crash? Email us at projects@iam1N3.org with your story, pictures, media, and anything pertaining to the impaired crash so that we can add your story to our site.

On July 31, 2011, around 1:30AM, Kevin Daniel “Sunshine” Yates was headed home from Buffalo Wild Wings where he worked. He was traveling on Highway 153 in Chattanooga, TN, three miles down the road Kevin was hit head-on by a drunk driver who was traveling north in the southbound lane divided by a concrete-barrier. She had driven for over 4.1 miles on the wrong side of the highway, passed four exits, and there were three 911 calls made before she reached Kevin. He swerved his van to the right at the last second and was hit in the driver side front quarter panel and door. Kevin had massive head injuries in four different areas of his brain, multiple broken bones from head to toe including compound fractures that punctured through the left arm and thigh, all the bones around his left eye and both eye sockets were broken which would have required cosmetic surgery, broken ribs, legs, feet and lacerations to his lungs, liver, and right kidney.

​Kevin died three times on the way to the hospital, less than 32 hours after the crash Kevin’s family was forever changed as they entered a “life sentence” when Kevin was pronounced brain dead at 8:57AM, August 1, 2011.

​He was buried on August 6, 2011 at Hamilton Memorial Gardens.

​Two years prior to the wreck Kevin had discussed with his family his wishes about becoming an Organ Donor, and in doing so Kevin saved the lives of four people: his heart went to a 48-year-old male, Melvin Ellis, whom we have met and is now a part of our family, his liver went to a 72-year-old male, his right kidney went to a 48-year-old-male, and his left kidney and pancreas went to a 49-year-old woman. The communication process has begun with the other recipients, but we have not received anything back yet. Kevin also donated tissue and bone.

​The driver, Latisha Stephens, who hit Kevin had a blood alcohol level was 0.20 (legal limit is 0.08), almost three times the legal limit. She had small amounts of three prescribed mood-altering drugs in her system. Latisha expressed her deep remorse and regrets to our family and offered to become a spokesperson for 1N3 while at our Restorative Justice meeting on March 29, 2012. She was charged with Vehicular Homicide by Intoxication, and was sentenced to 8 years in prison, along with 6 years supervised probation for Reckless Endangerment, and 90 days with 1N3 on April 3, 2012.

​In memory of Kevin, his brother and mother, Derek Yates and Tiki Finlayson, founded 1N3 within days of the crash because one in three of us are impacted by drunk driving. They are 1N3.

​They chose to forgive Latisha for killing Kevin. Tiki wrote letters back and forth with her while she was incarcerated in the Tennessee Prison for Women. Latisha was released from prison on November 13, 2013, and has chosen to be a spokesperson for 1N3 past the 90 days she was sentenced to. She is very honest and open when presenting our story and is making an impact. They are grateful for her willingness to share her part of our story, and look forward to changing the world together.